This is a story about FENCES. It’s also about accidentally finding meaning where it doesn’t actually exist.

It’s possible that you may know of Seattle Indie-Rock group FENCES from this song, which got a smidge of airplay back in the day, or from their more recent collaboration with Macklemore on “Arrows,” which got substantially more airplay. You may know vocalist Christopher Mansfield from his rather impressive collection of tattoos or his super intense rants on Twitter. Or more likely than not, you may not know them at all.

Personally, my first intro to FENCES was when this song was featured on 94/7 FM’s “New Music Heaven” about 8,000 years ago. I mention this tidbit because the venue for this introduction plays a role in the story.

The thrust of this song is pretty straightforward: once you obtain the things you yearn and pine for, you either screw them up or lose interest. In the callow heyday of my mid-twenties, this seemed intensely relatable. When Mansfield sang “I guess I’ve got just what I wanted / A pretty girl to live with me // And split the rent right down the middle / And all I wanna do is leave,” it made sense, you know? Everything sounds great until you actually get it.

But the part that I really could under was the refrain, where he laments “I’m thinking about everything.” Again, that made perfect sense to me. The reason this guy’s love life is a total disaster is because he overthinks everything. DUDE. BEEN THERE. Ask any of my close friends, and they would probably bemoan the fact that I overthink every date I go on (and then subsequently force them to listen to me talk about it).

Here’s the rub, though – that’s not the actual lyric. Mind you, I first heard this song as a free download from a radio station (that used to be a thing), so they were distributing a “Clean” version of the song with the profanity bleeped out. Combined with Mansfield’s slightly mumbly delivery, my brain heard an unintelligible curseword and substituted “thinking,” because that made sense to me.

The real lyric is, of course, “I’m fucking up everything.” Ohhhhh. Right. That makes much more sense. 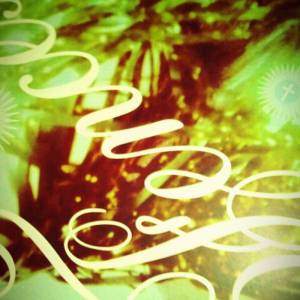 You can download this song on iTunes or Amazon.